Posted by Neil Smith on Feb 9, 2018 in Blacksmith News 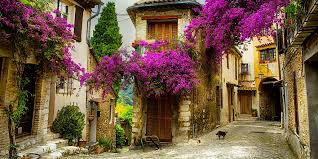 Peter Mayle, ex advertising copywriter and best-selling author sadly passed away recently. He leaves a legacy of memorable advertising campaigns, memoirs and a proliferation of books and TV series about the pleasures of retirement and property ownership abroad – all inspired by his best-seller, A Year in Provence.

Mayle worked at the New Yok office of the famous Ogilvy and Mather agency during the 60s and was one of the authentic Mad Men, immortalised in the persona of Don Draper in the TV series. Reputably responsible for the Wonderloaf Slogan “Nice on Cyril”, Mayle was Creative Director of BBDO in the early 70s.

After moving to Provence, he wrote a series of memoirs based on his tribulations and gently poking fun at the French. He was played by John Thaw in the TV version of his best seller. Despite portraying some characters in the books as mildly eccentric caricatures, Mayle was made a chevalier of the Légion d’honneur in 2002
Peter Mayle, writer, born 14 June 1939; died 18 January 2018